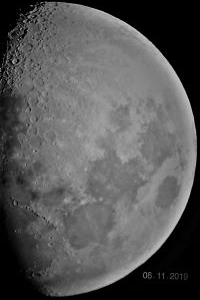 A Foreshadowing Of My Future

It’s odd how beautiful it always seems to be on my days of surgery.  This day did not disappoint.  I think it was a Wednesday and the month was June.  I love May and June.  They’re the best months of the year.  It feels so nice to leave behind the crappy, dark, wet, and cold winter months.  The energized feeling grows rapidly as the days stretch longer.  Refreshing cool mornings warmed by beautiful blue skies and bright glistening sun.  I love it.  It was one of those days.  I was a later morning case; therefore, I didn’t have to be at the hospital super early.  My prior experiences were at smaller surgery centers, but this one was at a larger university hospital.  The hospital pre and post operation rooms are much larger and busier.  Beds are lined up one after another, and typically there are light curtain dividers between each patient bay.  This room is like organized chaos.  Personnel scurrying around like ants; each with different responsibilities.  The nurses and doctors are so focused on completing their individual duties in such a precise manner.  This is how such complicated processes having so many independent pieces get performed flawlessly and safely.  Without the batting of an eyelash, patients are taken to the brink of death daily via the administration of drugs.  It’s really an amazing thing to see and experience.

I remember certain parts of these events so vividly; yet other things must be subconsciously blocked from my memory.  I recall this day’s pre-op setting very vividly.  Patient bays separated by curtains.  A narrow walkway in front of the beds.  At least ten of us lined up in our beds simultaneously.  At least, that is all I was able to see.  I’m sure that there were many beyond that number of ten.  Further down to the right of my bed was the nursing station.  Right where they’re usually located.  A rectangular area in the middle of the room.  Clinical people buzzing in and out of the walled off area constantly.  Such a chaotic synchronization like bees working at their hive.  The room entrance/exit was on my left side just past the two patients next to me.

This was likely to be my first overnight hospital stay resulting from surgery.  I was told I might be able to go home, but not to expect it.  It just depended on how the procedure went, and what was encountered after my neck was cut open.  I remember the pre-op visit from my surgeon, but I currently have no other recollection of events until waking up back in my hospital room.  Back in my room after surgery, I remember being conscious although I was unable to keep my eyes open.  I was holding my dad’s hand and squeezing it.  Maybe I was a little uncomfortable because this was my first encounter with a Jackson-Pratt drain.   The purpose of this type of drain is to remove bodily fluid from a surgical wound.  The drain consists of a length of thin, flexible, plastic tubing which is stitched into the site of surgery.  The opposite end is a bulb/reservoir where the suctioned out bodily fluids gather for measurement.  The drain remains sutured into the closed wound until less than 2 tablespoons of fluid is produced within a 24-hour period.  This is typically for just a few days.  Blood dominates the reservoir for the first day or two.  From that point forward the drainage becomes clearer and thinner in consistency.  Of course, this can vary based on the severity/size of the surgical wound, and its location on the body.  If fluid were to build up around the area of the closed wound that could present serious problems; namely pain from the pressure created with that accumulation, and infection.  Also, observing the type of drainage from a wound (consistency and color) is a valuable tool to catch an infectious process early.  Jackson-Pratt drains aren’t painful, but they really are an uncomfortable nuisance.  That is how I felt at this point.  Even though I really wasn’t in a very conscious state.  My dad’s hand was a comfort.

It took another two hours or so for me to really become aware of myself and my status.  That’s when I felt the JP drain.  Pinned to my hospital gown right below the wound on the lower part of my neck.  The surgeons typically do what I think is called a “flap technique” incision for a tumor at this location.  Modified Blair incision is the actual name I believe.  They start cutting with the scalpel right below and behind your ear lobe.  The incision directs straight downward until you’re within an inch or so of the bottom of your neck.  It then makes a 90 degree turn in towards the center of your neck extending for about 3 – 4 inches.  At least, it does if you have a neck as chubby as mine 😊.   They have created a cut similar to the bottom corner of a sheet of paper.  As if a sheet lies flat on a table and you fold the bottom right corner up towards the middle of itself.  That is how they peel back your skin.  It gives the surgeon a nice open area to visualize the inner anatomy of your neck.  There are many intricate aspects to this area.  Parts of vital importance.  I will toss out just a few of the focus points about my situation and procedure.  One of the biggest hurdles is for the doctor to complete the process without cutting the trunk of the main facial nerve.  I touched lightly on this subject earlier.  The nerve that controls your face comes out of the cervical (neck) vertebrae at a level roughly in line with the bottom of your ear.  It passes through the center of your parotid gland.  Which is the specific anatomy my tumor was attached to.  Therefore, he had to be very careful.  They try to identify the nerve and attach probes to it which will alert them if a break in the nerve conduction occurs.  A compounding factor in my case is that I’d already had surgery in this area, and that means scar tissue was present.  No different than the process on your outer skin.  Everywhere there is a deep enough incision, you will develop a scar internally.  Physicians have described to me that there is not a very discernible difference between nerve, tumor, and scar tissues.  It certainly makes you respect their craft even more than you should have prior.  It must be an ugly mess because you get blood dried all around and inside your ear canal.  Dried blood comes out with a Q-Tip for a few weeks afterward.

EXAMPLES OF WHAT A BLAIR INCISION MAY LOOK LIKE

I’ve attached another visual aid to help readers understand the human anatomy around the location of my tumor.  Seeing these diagrams will aid readers in understanding the complexities this procedure presents to the surgical team.

DIAGRAM 1:   ILLUSTRATING THE LOCATION OF ALL THREE SALIVARY GLANDS

DIAGRAM #2:   ILLUSTRATING THE LOCATION OF THE FACIAL NERVES

The trunk of the nerve tree presents at the ear lobe and immediately branches throughout the face.

My tumor was located in what is referred to as the “tail” of the parotid gland.  This “tail” would be identified as the area in Diagram #2 where the arrow coming from “Parotid Gland” is pointing.  Probably just a little bit lower and forward.  Diagram #2, also, gives you a little better perspective of how delicate and precise the surgeon must be.  That facial nerve does not lie on top of the gland as it appears in the picture.  It is penetrating through the middle of the gland.  Like the stick of a candy apple.  Just one of the reasons they need an incision creating such a wide opening.

Hospital purposes do not include providing patients with a comfortable atmosphere to sleep.  That is to be done at home.  They are meant to promote and foster curing and recovering.  So, don’t ever expect to sleep well in a hospital.  The beds are awful.  The mattresses are only like 6”-8” thick.  And, they’re not constructed for comfort.  You are constantly getting tangled up in IV tubing.  Nurses are giving you medicine or taking blood samples from you every two hours.  Don’t forget that you might get stuck with a roommate too.  UGH!!!  I can’t remember specifically, but I’m thinking I probably had morphine in my IV that night.  Morphine is so dangerous because it makes you feel so fantastic.  It burns when it is put in through your IV.  You get an intense burning sensation up your arm and through your chest internally.  Not on the outside of the skin, but inside.  Its really such an odd feeling.   But after that it’s great.  The level of relaxation is unparalleled.  Nothing can upset you.  Usually in this state it feels like I don’t sleep.  Rather, I slip into a twilight.  Eyes closed, but my brain very active, and I’m very conscious of it.  I’m not trying to portray this in a negative light.  Because, I do feel very rested by morning.  Thank god the government at least tries to control narcotics the best that they can.

I did have a relaxing night.  I was woken up by a visit from a gaggle of residents at 6:00 AM.  I was groggy, but I really wanted to wake up enough to ask a question or two.  What was it that you removed I asked?  The head resident’s response: “It was really weird”.  That was all he said.  I was still half asleep and didn’t want to banter about his response; therefore, I just accepted that and closed my eyes again.  I never did see the actual operating surgeon that day.  The resident ended up being the one to discharge me.  This was a bit odd to me.  A few hours after I spoke to the resident; a nurse came in to remove my Jackson-Pratt Drain.  She tugged on it just a little bit.  It hurt slightly at that point.  The actual snipping of the stitches holding it in place within the wound was totally painless.  I knew she was “messing” around there, but that was it.  No pain was felt.  The next thing you know the drain is out.  It wasn’t in very deep, so I don’t recall any feeling as the tube slid out.  My hospital discharge officially happened in the later morning hours.